Ceramics is steeped in history. Pots and domestic objects. They go back millennia, as far as the first human settlements. I was lucky when I was young I went to a school that had did pottery, there was something about it I loved and I was interested enough to pursue it as a degree, and then very lucky again being apprenticed to Lisa Hammond MBE and then Julian Stair.

They are both very talented, but working with them I learned what I didn’t want to do. I don’t want to make art pieces. I wanted to achieve something different, more modern, and reaching a broader demographic, everyone if possible, I want to be in everyone’s homes.

After the apprenticeships, I realised there were gaps in what I knew. I could have gone back into education, but I thought the best thing was to learn out there in the world, so I went to Stoke-on-Trent and knocked on doors. All these years after Spode and Minton and Wedgewood, Stokeis still the centre for ceramics, from smaller places to big factories. Initially I was trying to repeat what I knew, trying to make thrown objects, on a wheel, which is a slow process, and there were some disappointments with factories trying to copy my pieces – so to exert more control over the results I applied for a Queen Elizabeth Scholarship (QEST) to study model and mould making. You design and make a model by hand, but then make a mould, which means the pieces can be produced in greater numbers, very close to your original, either by pouring in liquid clay, known as slip, or pressing in sheets of soft clay, known as jiggering and jolleying.

I had a meeting with the designer Robin Levien which was very important to me. Robin has designed some staggering percentage of all the ceramic basins and baths and toilets in the UK, he manages to blend spare modern design with mass production, elevating the quality of ordinary objects. I think its because of him that I see myself as an industrial designer, fully at home with the modern world and modern processes, who specialises in ceramics.

I aim at an end result that is as stripped back and simple as possible, without losing character or compromising the function. I want the things I produce to be understated, to blend into people’s everyday landscape, to be ubiquitous, to get used and bring satisfaction everyday. 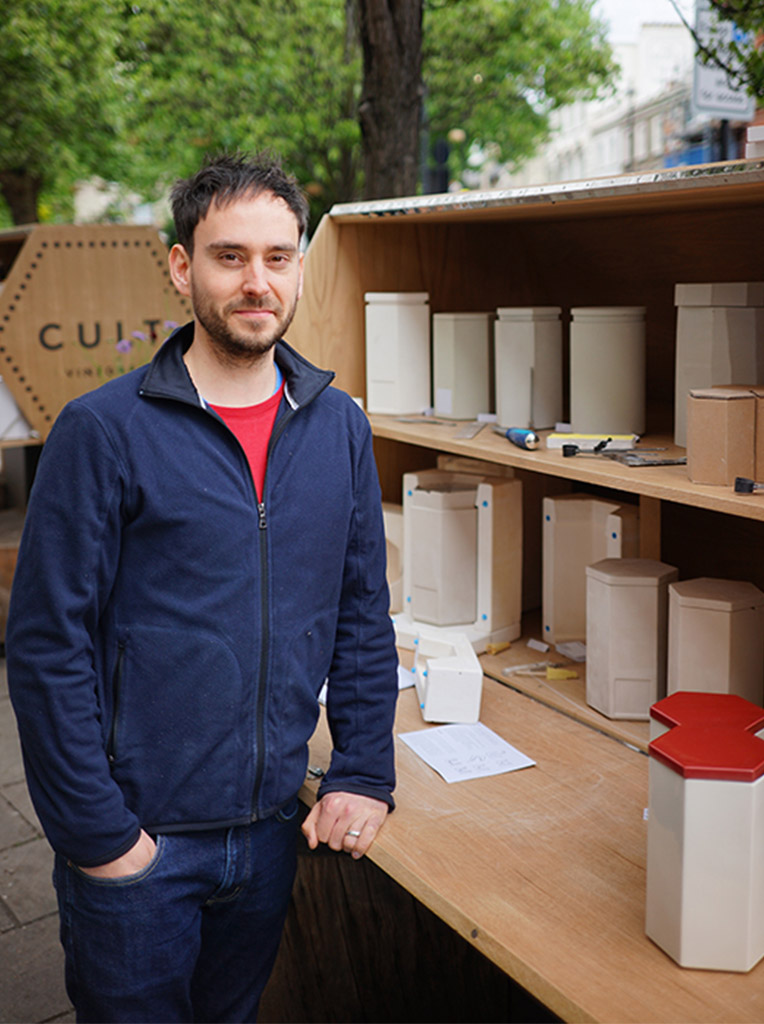