I am not by any stroke of the imagination conventional, but still I call myself a potter. I am drawn to deep history, in all senses of that word deep.

For the latest project, I have managed to get clay from 30 metres below London Bridge. It took countless calls and emails, but eventually I managed to get big pieces from the spoil of Costain’s piling machine. And then the real work begins. I have to work that stuff to extract workable clay from it. Soaking it, sifting, then sieving, until I arrive at something that is mostly clay.

And then I test it to see how it responds. Fire it to 1,250˚C. At that extreme temperature clay is on the edge of melting, and the trace elements of metals within it at that temperature do melt, or suck in air like bicarbonate of soda when you bake. It’s exciting to see what comes out, will it be flat and shiny like black glass, or coarse and bloated like a loaf of bread?

Only when I have extracted enough clay, and discovered how it behaves, do I think about bringing things to a conclusion – creating a set of pieces, forms that trying to summarise and hint at the story of the site, the extraction of the clay, the nature of the clay.

I am so interested in the idea that I am capturing the clay at this moment, this point in its journey, it’s already been so many things; hurtling through space, liquid in the earth’s core, lava blasted out of a volcano, solid rock, under the sea, in a mountain, and then fleetingly in my hands. That’s what I mean by the line of history, by deep history. The human dimension is so brief in comparison to the time without humans. Who knows what this clay has seen, what would talk about if it could talk? I suppose that is what I am trying to do, make the clay give up some of its history, encourage it to speak. 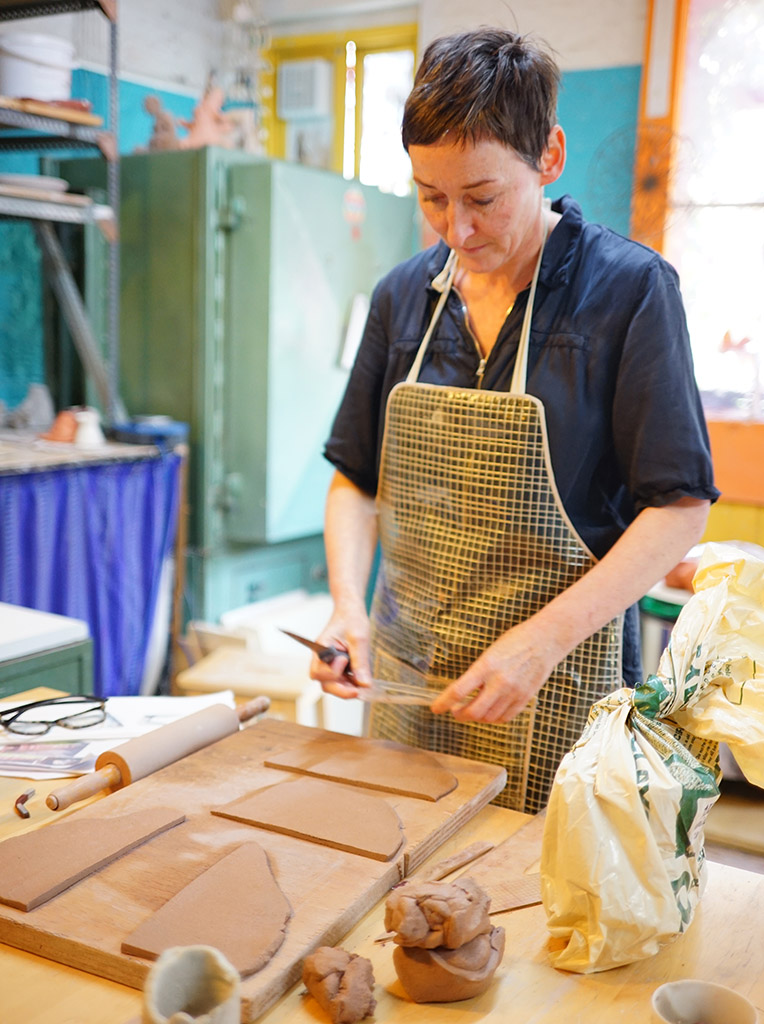