The studio I started, it was very prim and proper. Coffee served at 10.30am, in a China cup with a saucer and spoon, and a biscuit, every day. There was no just starting as a photographer, there was a hierarchy, you had to to start at the bottom and work up. I was an assistant. I did anything that was asked of me. I remember struggling several times up the tiny steps of the Monument carrying a 10×8 plate camera, and a wooden tripod, for the photographer to get views of the City, shot with the lens set at f45.

The 1960s were more pop, in every sense. More fashion everywhere. Smaller cameras changed everything. I worked in some small darkrooms, one in Dover Street the size of a toilet. I worked for an agency which included Lewis Morley, not a big name today, but he took that shot of Christine Keeler naked with her arms resting on the chair back.

I worked at Woburn Studios for a good long time. They had huge studios, big enough for cars, even rotating room sets. They did a lot of catalogues and commercial work. When they went down, I became freelance and have been ever since, using the skills and contacts I have accumulated over the years. When we came across Iliffe Yard in the late 1980s, it was derelict. The studio was just brick walls. It has everything we need now, although there’s always something that needs updating. I think my experience with fine art has stood me in good stead, knowing how to make art look good in a print, whether its a painting or a sculpture, I’ve worked for many of the artists here.

I have dealt with a lot of famous images over the years. I was the printer behind Geoffrey Crawley’s revelation that the Cottingly Fairies were faked – I copied the original prints and then reprinted, showing enough detail to see that it was two photographs cut together. Paul McCartney once called Dezo Hoffman the world’s best photographer, I am not sure if I agree with that, but I enjoyed printing Dezo’s Beatles images, and great figures like Sinatra, Brando.

I know how to deal with a very wide variety of printing techniques, it certainly comes in useful with the National Portrait Gallery and specialist curators, who I print for now. Handling Cecil Beaton’s glass plates, or making copies of collotypes. No matter what the challenge, there is always a benefit, whatever is on that negative, that moment in time coming alive again. You put the negative in, turn the light off, and then voila: Charlie Chaplin appears in front of you. 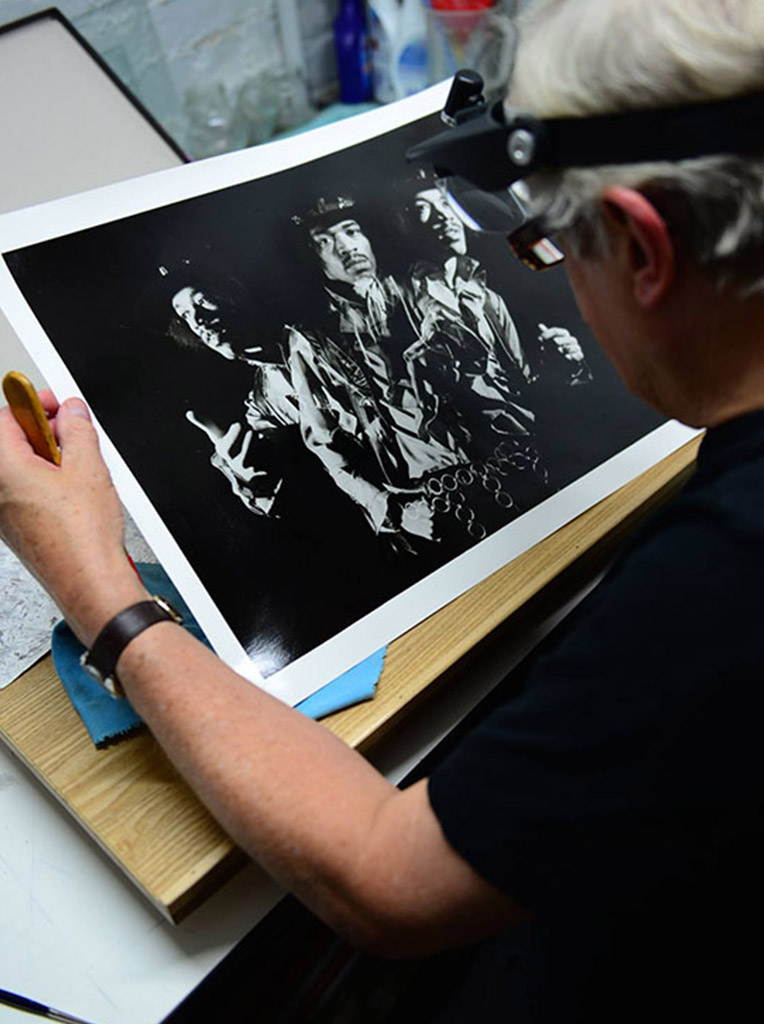