It’s no surprise that Elisa, with that surname, comes from somewhere exotic. A reindeer farm in Lapland: a bleak and beautiful place, full of lakes and forest, snow and the aurora borealis. By some stroke of fate, she met another Finn whilst in London, married him, and they both live here. They are somewhat torn between the stark beauty of their homeland and the cultural richness of London.
Elisa focuses on drawing and video – an odd combination. Drawing is an intimate form of art, every mark is a product of your own imagination. Video is about machinery, cameras and computers, of holding up a device and recording the world. Elisa talks of structure, some way of funnelling her creativity, and both drawing and video give her limits. She says she sees the practices as interwoven: “documenting one’s life journey”. They are both ways of recording reality; video in a literal way, drawing as a catalogue of each subtle movement. Both practices, she says, are a way to “present life as it is”.
She rarely envisages a piece in her mind, rather she sets herself constraints that she has to work within. Like drawing lines in sets of a hundred. Or counting circles as she draws and erases them. Or using time as a way of controlling the work. A memorable example of this is Elisa’s 24 hour drawing marathons, that “push mental and physical boundaries”, artworks where both time and counting coincide, in a room lined with paper, Elisa drawing intersecting circles, a staggering 16,000 of them.

As an Englishman, moderate in all things, I marvel at this endurance, embracing difficulty. Elisa says it originates from her early life on a farm, farming is an arduous activity bound by processes, in the arctic no less, where night and day merge, and severity is a way of life. But she left that behind, and came to soft London. Perhaps her work is all a re-enactment of that tension, between limits and free- dom, between rules and breaking them – “fabulously intriguing” life happening despite constraints. 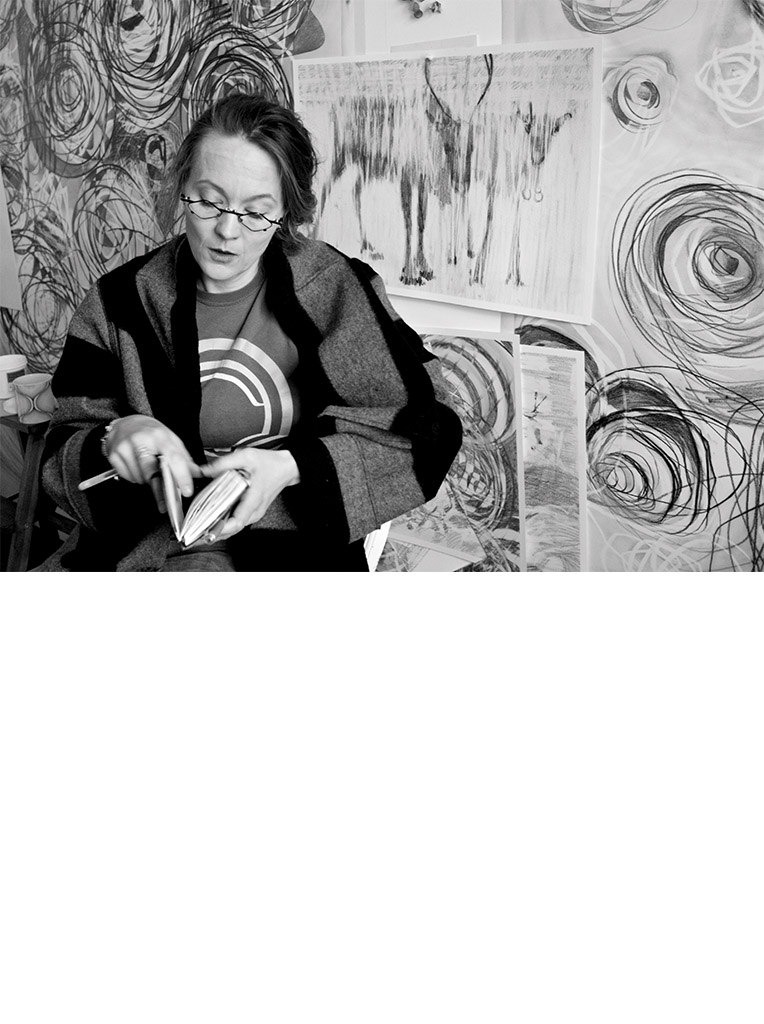